Brief update. The initial stages of the editing have taken longer than anticipated. But already, a clear, categorised structure has taken shape. The 34 interviews shot so far have dictated this, and I've only realised just how much material we have. Out of the adjectives Microsoft Word's thesaurus offers, I think the word 'gargantuan' would adequately describe the amount of film there is. Ambitious? Just a bit.

Onto other matters. 7 cast and crew members from the show, all of high-value, are onboard for the upcoming KickStarter fundraise. They're supporting it in full, and I can't be happier with that. I'm sure you'll get a kick out of what they're offering when we launch, along with Co-Producer Mark J. Cairns' range of acclaimed products based on the series. The final arrangements for the project page at the crowd-funding site are coming together, so we hope to have them in order soon.

Until then, meet this man below. Responsible for many of the incredible, spectacular shots of "AIRWOLF" in-flight, including his signature POV shots racing across terrain and water, his contribution to the show was nothing short of priceless. Together with 2nd Unit Director and Aerial Coordinator, David Jones, the footage photographed by McClain lent the show it's ground-breaking look in filming airborne action. 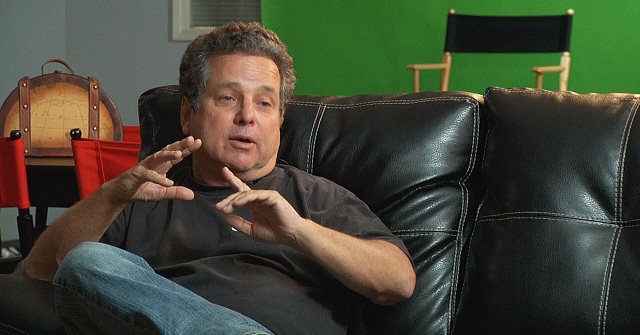