"From all of us here at AIRWOLF...Season's Greetings!"

For the 4th and final post for 2011, and on CHRISTMAS DAY itself, here are the final eight men we interviewed during the principal shoot in October and November. As some people have enquried whether further cast and crew will be "secured"; as a reminder to my first post, the production will be returning back to LA next year to do just that.

Once again, it has NOT been decided whether the 4th Season team will be interviewed. Next month may see a decision on that.

For now though, this final batch of cast and crew either worked on just the one episode, or served in their individual roles throughout the series. Some were responsible for the distinctive look, pace and feel of the show, while some are owed the respect of earning "AIRWOLF" the accolade of being the first ever television production to win not one, but three stuntman awards in 1986. Here they are: 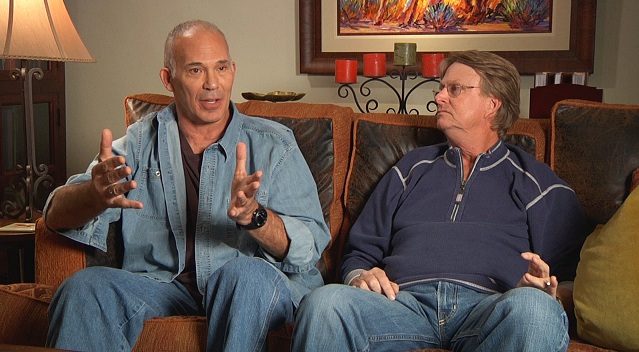 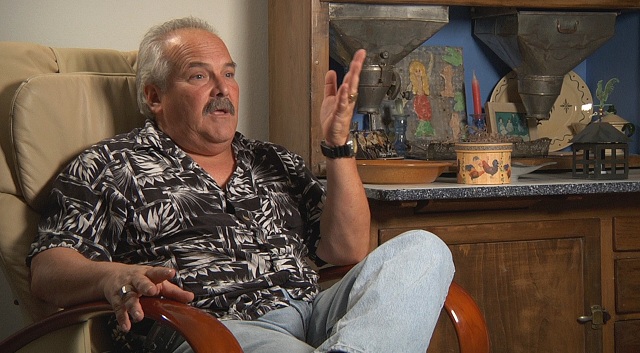 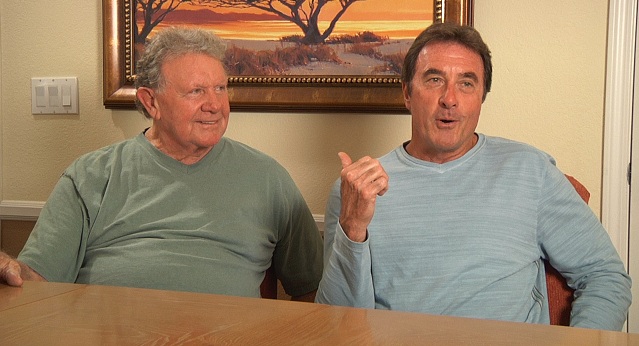 HARVEY LAIDMAN (director of 4 classic episodes. 'Proof Through the Night' & 'Echoes From the Past' in the 1st Season; 'Kingdom Come' and 'The Deadly Circle' in Season 3) 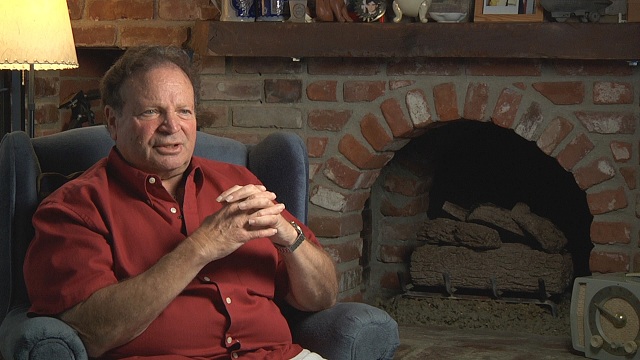 MICHAEL BERMAN and LEON ORTIZ-GIL (the editors of The Wolf. Michael cut the fan-favourites 'Moffett's Ghost', 'HX1', 'Airwolf II' and 'Day of Jeopardy' amongst others. For Leon, he co-edited the two-hour 'Pilot' movie, and served as Associate Producer for the entire series, being responisible for every aerial battle sequence) 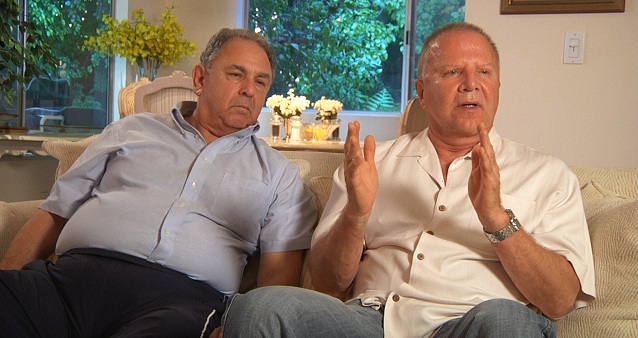 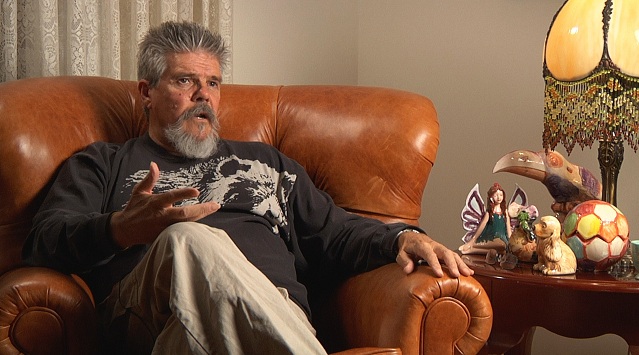 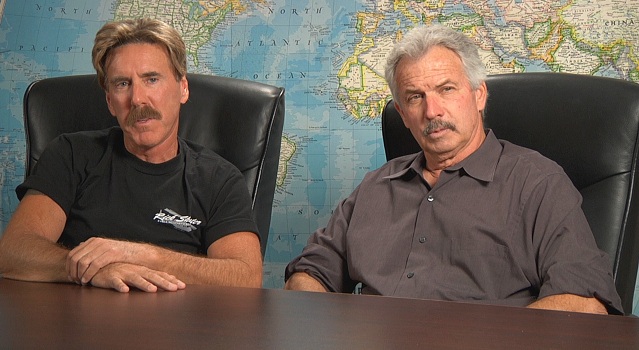 TOM BLANK (a "jack of all-trades", literally. 1st Assistant Director for the 'Pilot', 'Bite of the Jackal' and 'One Way Express' in Season 1, then promoted to Unit Production Manager. He would stay in this role till the end of the 2nd Season, during which he directed two episodes; 'Condemned' & 'Eruption') 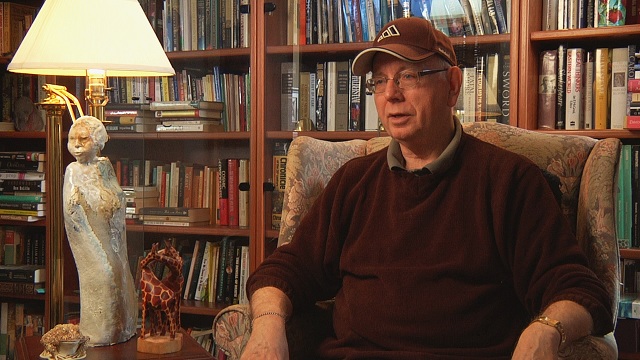 And that's your lot for this year, folks. Throughout 2012, I'll be keeping you informed about the post-production of the documentary, and those additional shoots I'm working towards in the Autumn (that's the Fall for you Stateside fans)

Until then, here's the cast wishing you a Happy Christmas in December, 1985. They're stood in-front of the Jetcopters hanger in Van Nuys, CA, that served not only as the base and supplier of the aerial unit and their helicopters, but which the art department dressed as Dominic Santini's air charter service, Santini Air.

Posted by Martin Grant at 16:39 No comments:

"...a Mach One plus attack helicopter with the most advanced weapons system in the air today."

Delayed post for the 3rd week, but it's the turn of the guest stars. In addition to the cast and crew we interviewed, we also met up with 7 notable "visiting artists" to hear their own stories and memories.

You may notice one particular gentlemen dressed as a cowboy. Mr. Lance LeGault, who was none other than the infamous Colonel Decker; pursuer of George Peppard and "The A-Team" for 3 long, failing years. Guest-starring in a trio of "AIRWOLF" episodes (two being classics; the third not so, and Lance himself will tell you..."If I ever catch the sonofabitch that called me Noble Flowers, I'll kick his ass"), he also narrated with his perfectly deep/booming voice, the backstory narration for the 1st Season, of which this post has been named after.

CATHERINE HICKLAND ('Angelica Horn' in Season 3 premiere 'The Horn of Plenty'. Married to David Hasselhoff during "Knight Rider", she guest starred as Michael's lover Stevie Mason in the Knight/Mason trilogy) 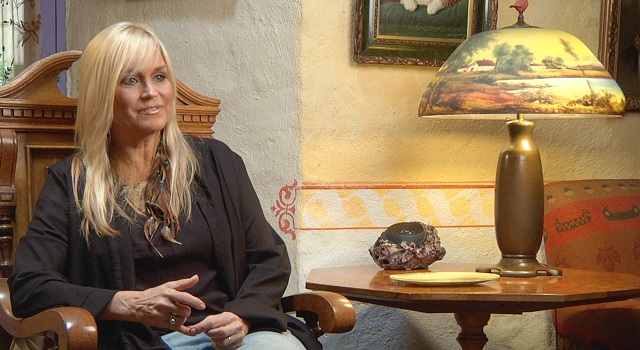 JAMES WHITMORE, JR. ('Major Sam Roper' and 'Sam Houston' in Season 1's 'Daddy's Gone a Hunt'n' and 2nd Season premiere 'Sweet Britches'. Only thing that was missing was a cigar) 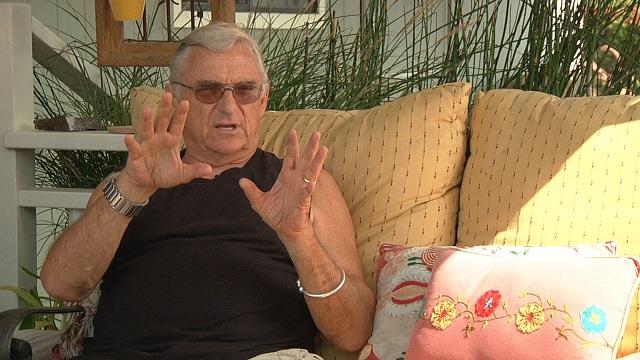 LANCE LeGAULT (The man and the above intro say it all. Also did 'Sweet Britches', along with 1st Season finale 'To Snare a Wolf' and 3rd Season's 'Wildfire') 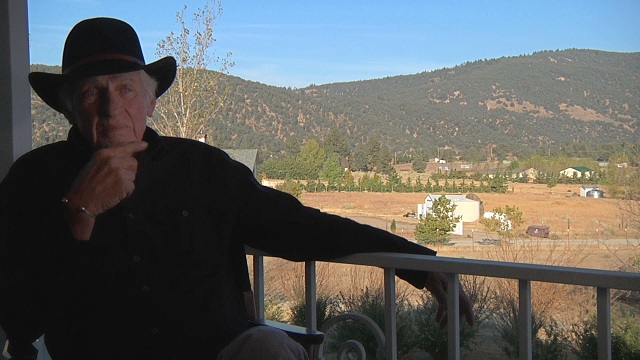 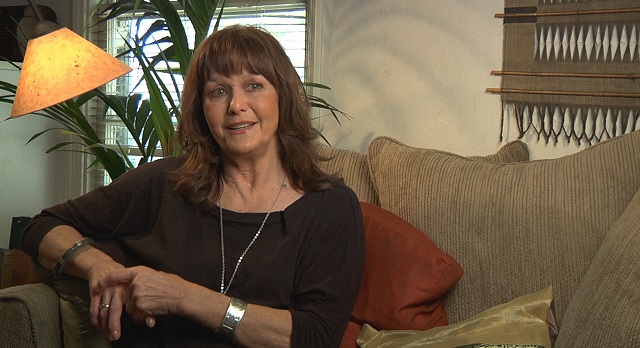 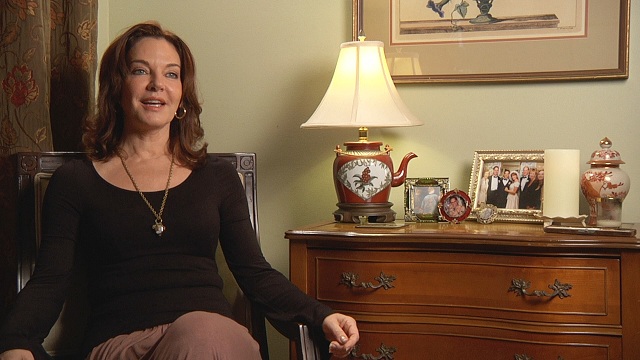 SANDRA KRONEMEYER ('Lydia' - one of the Archangel's "white lady" assistants in the 3rd year. 'Kingdom Come', 'Annie Oakley' and 'The Girl Who Fell From the Sky') 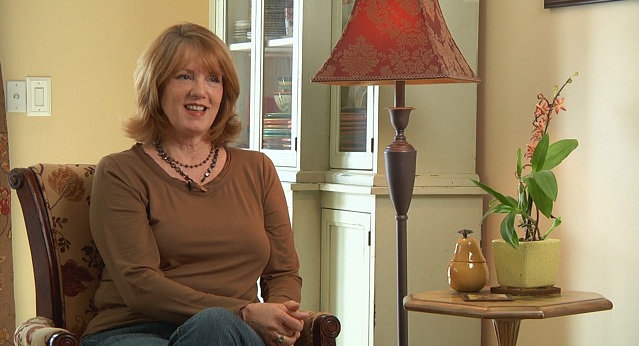 SONDRA CURRIE ('Diana Norris', alias 'Gloriana' in Season 1's 'Mind of the Machine'. The wife of producer/director Alan Levi, and the bride's mother in comedy film "The Hangover") 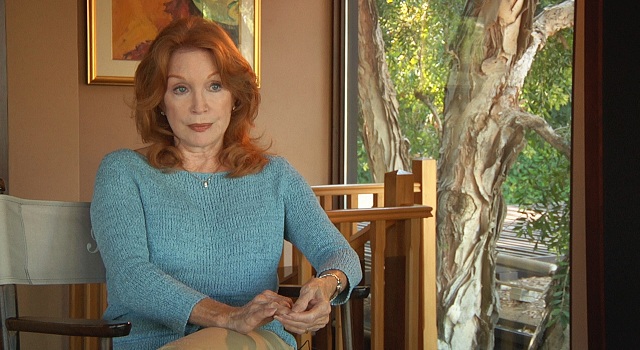 WENDY SCHAAL ('Marilyn Kelsey' from 'Hawke's Run' in the 3rd Season. The voice of 'Francine' on "American Dad") 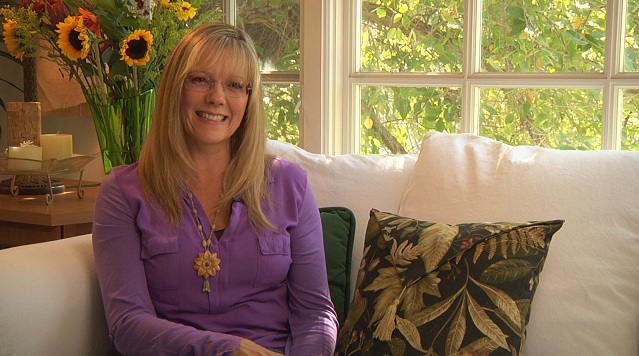 If you have a problem, if no one else can help, and if you can find them....maybe you can hire: "THE AD-TEAM"

2nd week and the 2nd batch of stills. As we interviewed nine of them, I thought I'd post those of the Assistant Directors. Like any scripted production, be it television or film, the AD's really are the unsung heroes of the show. They're there from the crack of dawn to the very end of the shooting day, keeping everyone and everything in check, so that it all runs smoothy.

Of course, on a show as heavily ambitious and demanding as "AIRWOLF", it never always went according to plan, and the gentlemen below didn't shy away from sharing those experiences and challenges. It could be said that is an understatement, if what they told is anything to go by. But thanks to it being a boom and a bang "boys and their toys" series, there were many stand-out moments to be had; usually involving those mesmerising explosions, the unforgettable flying of David Jones, and a special Academy Award winning cast member.

(NOTE: I stated nine AD's, but only eight appear below. That's because Tom Blank, who became Unit Production Manager after just three episodes of serving as a 1st, would continue in that role till the end of the 2nd Season. He also directed two episodes in that season, so we're classifying him as an episode director). 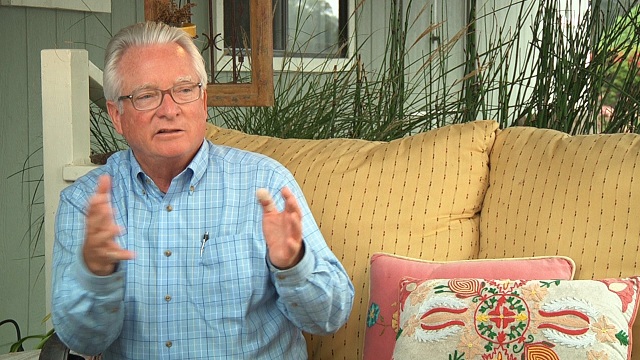 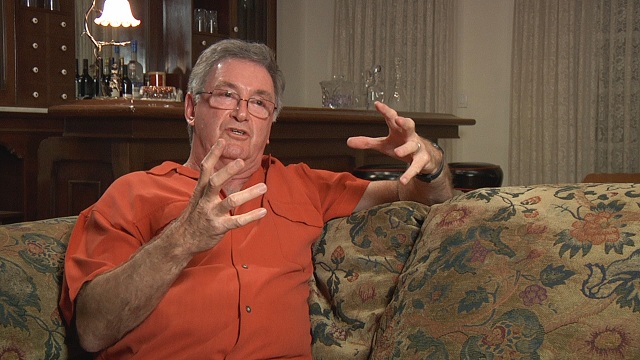 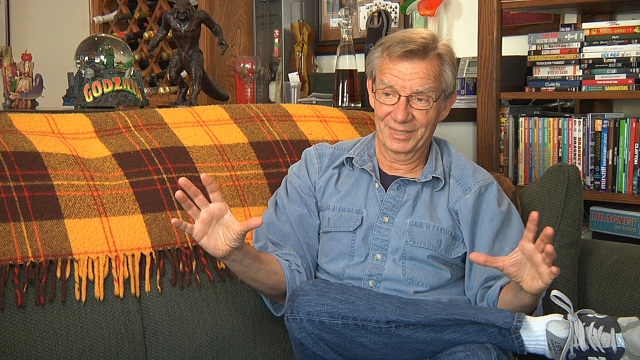 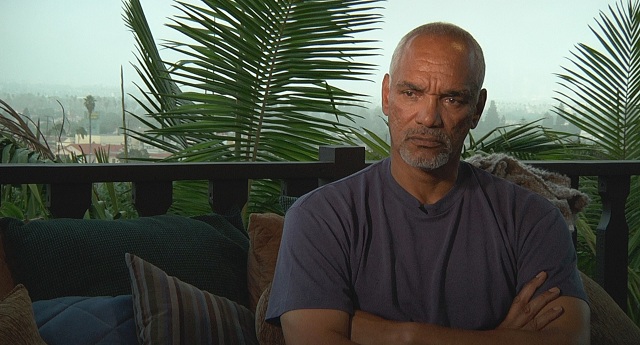 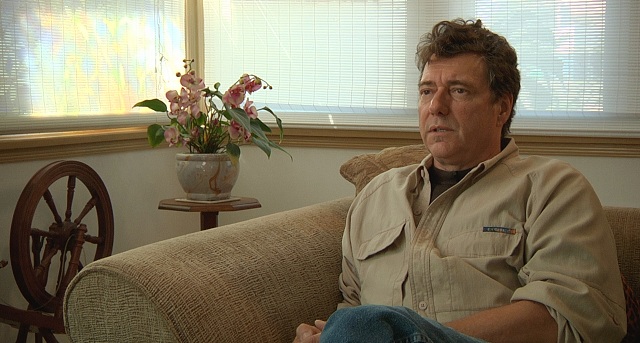 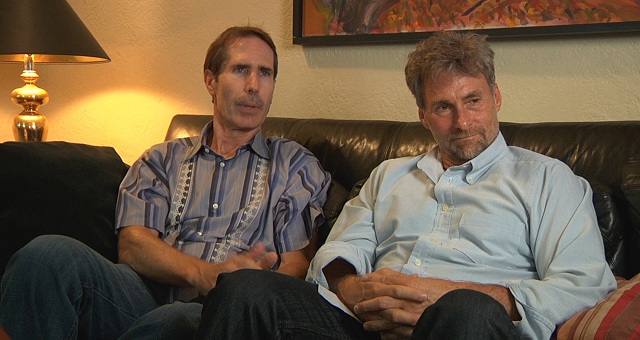 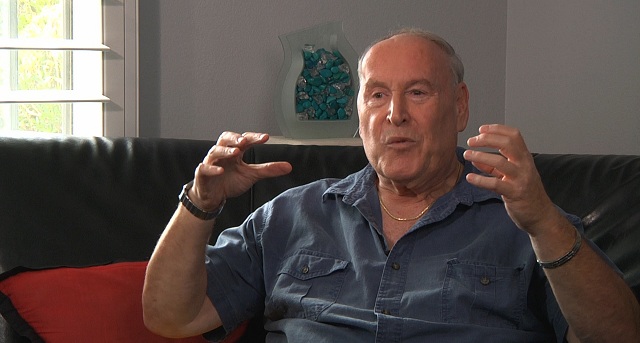 Posted by Martin Grant at 23:59 No comments: